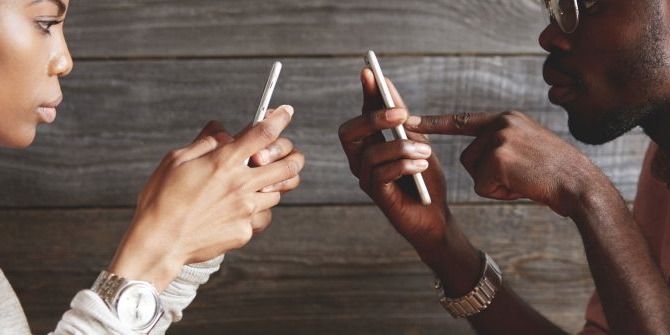 So which are some of the best mobile games to play with friends? After all, when you go to an App Store or Play Store, you’ll find that most games are not online multiplayer, but instead, solo campaigns.

In order to team up (or go head to head) with your friends while sitting at your home, you should get a fun game where all of you could get in the same lobby. We’ve decided to make a list of eight best mobile multiplayer games:

Let’s make a brief overview of each one.

It had to be the first one, right? Supercell came out with Clash of Clans six years ago, and they are still going strong! You can get your friends to join your clan as you work towards completing the same goals.

It’s a top-down strategy game which you play online. Your job is to build your village and defend it from incoming invaders. As you grow stronger and your army becomes more powerful, you can become the one who does the conquering. Invading other clans and taking over their villages will make you more powerful. But, as you become stronger, more people will target you, so you have to upgrade your defenses constantly.

It’s a great game which involves a lot of thinking, and having friends and family on your side will certainly help. A great mobile app if you’re looking for some video game fun with your pals.

Supercell has seemingly really hit the jackpot with the whole “clash” thing! Another game of theirs, Clash Royale also relies on your joining up with your friends in a clan and working towards the same objective. It’s a weird combination of being simultaneously casual and extremely competitive, as you want to beat others and trash-talk them, but you don’t feel the need to rush and optimize every movement.

It’s a real-time strategy with card collecting elements of gameplay. When you win a battle, you earn chests to unlock cards and upgrade troops. There’s a lot of strategy involved during battles. It’s available on both iOS and Android.

Shadowgun Legends is the second installment of a mobile game made for Android. It’s a shooter with genuinely impressive graphics — the first time you play it, you’ll be surprised that mobile phones are able to produce such vistas! The game came out in late 2018.

It’s a third-person shooter, the gameplay is slick, which is not something we can say for many 3PSs! The multiplayer mode works properly, without latency issues and a matchmaking system. You can customize your character with skins and play with a Bluetooth controller.

The game takes place in the future, where humanity is on the brink of existence due to an alien invasion. Shadowguns are the last ones who oppose the aliens. You will need your skill and fearlessness to fulfill your (frankly, unlimited) potential and become a shadowgun legend and stop the invasion.

When you go online, there’s an in-game hub where you can browse stores and buy gear and ammo. Other players walk by and you can interact with them, giving this game a unique social aspect.

Gameloft released this racing game back in 2013, but it still can go firmly against modern racing games. Graphics are ahead of their time, as you go through city streets while reaching insane speeds and triggering nitro and octane boosters. Vehicle damage and crashing is a big part of this equation, as you can easily fall while doing airborne tricks. It has a multiplayer mode, where you can challenge yourself against your buddies. When it comes to racing games, it’s definitely one of the best mobile games to play with friends!

Fortnite swept the scene when it came out and quickly overtook H1Z1 and PUBG as the most popular battle royale game. Its quick rise has caught some fans of the genre by surprise, as they believed that the cartoonish graphical approach wouldn’t catch on.

Fortnite is a classic battle royale. You’re dropped into an island with other players. You have to search the map to find armor, guns, and ammo so that you can kill your opponents. An addition Fortnite introduced was the ability to gather building material and make defenses. You can use wood, stone, and metal, which come with varying durability. In the end, the last man standing wins, which isn’t necessarily the most skilled player.

It’s an online game where you play against other players. You can play solo, or join a team of up to four people so that you can enjoy it with your friends.

This game comes from the same cookbook as did Clash Royale and Clash of Clans. It’s a top-down shooter which is quite a unique addition to mobile gaming. It’s available on both iOS and Android. The game has you compete in a 3v3 battle, where you can go and team up with your friends, or join a random battle with other players from around the globe.

There are a few characters to choose from, and as you progress through the game, you can upgrade their skills. They evolve over time and become deadlier and more tough to beat, so you can profit from playing random battles.

The graphics are casual and almost cartoonish. But the gameplay, in contrast, is highly competitive and you will easily get engaged and motivated to beat your buddies.

Scrabble and Words With Friends

Scrabble is a great board game which we all (well, most of us) have played at least once in our lives. It’s maybe not as thrilling and blood-pumping as some fighting or racing games, but it becomes strangely competitive as you reach an advanced stage.

There’s an app game called Scrabble, but it only provides two- or more-player modes on one device. Words With Friends is a mobile Scrabble equivalent which has a multiplayer mode, so you don’t have to be in the same room with your friends. With this mode, you can see who has the sharpest mind and the strongest vocabulary in real-time, with people who’re not in your vicinity.

You can’t go more classic than a good old game of Monopoly! It’s an old-school board game where you walk around in circles (well, squares), buy properties, and take money from your friends when they visit you. EA Sports decided to make a mobile version of the game, with the multiplayer mode allowing you to connect with your pals and have a bit of old-fashioned fun while staring at your phone.