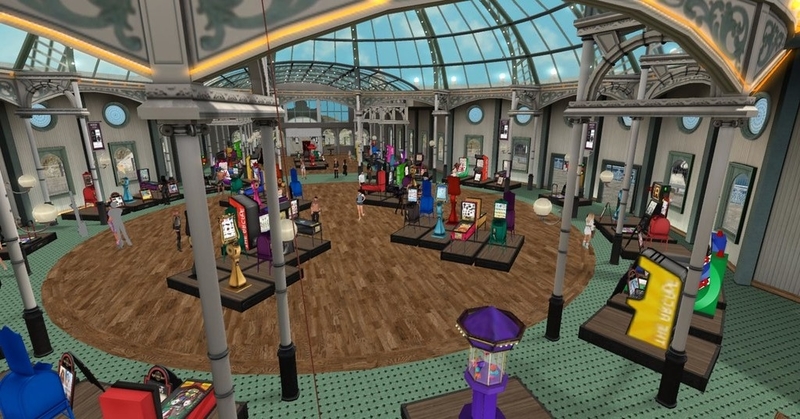 Gacha games are a type of video games with a storyline that modifies and virtualizes the gacha mechanics. Although most of these games are mobile free-to-play (FTP), players are allured to spend real money to buy virtual currency. This manner is typical for gacha systems.

The first gacha game model was made in Japan in the 2010s, and today it is elemental in Japanese mobile game culture. Even outside Japan, gacha is growing in popularity.

These games involve numerous characters, for example, cards or similar items. In order to obtain them, players have to activate gacha mechanism, similarly to pushing or spinning in slot games. To do that, they are asked do spend some amount of in-game currency. That will allow them to pick a randomized card, character, or some other item.

Sometimes obtaining gacha is connected to a specific event and its time frame. Some of the gachas rarely appears, so players must spin them many times to get the desired result. Many games condition progress in-game with gacha symbols. Also, there are free or discounted gachas, but if players want more, they have to pay.

Gacha mobile games can be sorted into several groups. Some of them are complete gacha, sugorku gacha, redraw gacha, box gacha, etc.

This is a list of the best gacha mobile games ever.

Pretty standard gacha game. It is a role-playing game (RPG) and collectible card game (CCG) in mechanics. Created by Super Creative Studio, Korea, the best known for massive multiplayer online (MMO) projects. The game has beautiful 2D and 3D graphics, with high-class anime and intense story. Also, as the main component, there is a guild and PvP arena.

Aim of the game is to take part in all sorts of events, visit dungeons, join in boss fights, etc. Compete with other players in the PvP arena, and acquire strong support from the guild of your choice. To beat all bosses and enemies, you should grow heroes and artifacts. That will build up your strength.

Dissidia just has to be on this list. This game grows out Final Fantasy series with the help of collaborators Ninja Team and Square Enix, Japan.

It is turn-based combat with unique bravery system challenges. You are assembling your party for the battle and providing it with various equipment and abilities. There is an option for multiplayer guests so that you can join forces.

Fate/Grand Order is tactical RPG gacha game. The developer is Delightworks, Japan. It is based on the Fate/Stay Night franchise. It is a combination of typically historical, literary, and mythological figures from various cultures.

The center of the game is turn-based combat where the player is in a roll of the Master, They summon characters, so-called servants, and take command over them. The story is presented through a visual novel with separate scenarios for every servant.

Final Fantasy: Brave Exvius is anime style, RPG, developed by Alim, Japan. It is a classic turn-based game. The game combines elements from the Final Fantasy series with those from Brave Frontier.

Because of that, the player can summon characters from Final Fantasy titles and build a crew of five. As in other similar games, players advance in a dungeon through a series of stages. Finally, they encounter and defeat the boss.

The player is gaining strength, collecting experience points, crafting materials, and money. New ability in the game is exploring towns and dungeons through touch control. This allows the player to interact with other characters to get a task and complete it.

Fire Emblem Heroes is a strategy RPG game. It is anime-inspired. Intelligent Systems Co. from U. S. developed it. The game is a sequel of the Fire Emblem series.

Fire Emblem is a tactical game in which the players control and command over four characters named heroes. The player is traveling through three books, with the main characters, royalty siblings of Askr Kingdom, Alfonse and Sharena. They are fighting against the Emblian Empire.

As in all other games, the heroes get into the battle to gain rewards, upgrade, and become the best hero collector.

Azur Lane is a blue planet mostly covered in water. As expected, the enemy emerges from the sea, and the battle begins. So it is a role-playing, shoot-them-up game. The developers are Yongshi and Manjuu, China. Publishers from China, Japan, and Korea join forces for this one.

Another characteristic is an alternate World War II history timeline. Characters are a sort of anime and manga anthropomorphic called moe. The game also includes warships and other elements like marrying in-game characters or customizing homes.

Dragalia Lost is a single/multiplayer action RPG. The developer was Cygames, Japan. The story is set in the Kingdom of Alberia. The main plot begins when the Holly Shard starts to lose its power.

Dragons live in the Kingdom, and royals can transform into dragons. They time up in a battle for Alberia. Attacks available are simple, by magic, or by a transformation.

King’s Raid is a side-scrolling RPG game with character collection. The developer is South Korean Vespa. The player takes the role of knight-in-training, Kasel.

Kasel is on a quest to reveal the mystery behind his brother’s disappearance. As he progresses through the game, other hero characters appear — his childhood friend, magician, and her bodyguard. The player acquires other epic characters through collecting cards and forming friendships at the inn.

Dimensional Chaser is another sequel of Grand Chase. It is a real-time strategy action RPG game. Developers, as well as publishers,  are KOG Studios and Kakao Games, South Korea. The game is set in Kricktria.

Following all sequels and the story of The Grand Tower of Disappearance, grand chase party is scattered all around the world, due to dimensional rip. Kyle and Cindy, apprentices, start a journey to save avatars of God from the darkness. They are trying to locate other members of Grand Chase company who went missing in action.

Grand Summoners is an epic RPG adventure with battles. The developer is the famous Next Ninja from Japan. It is an ancient story about a fight between angels and demons over the land of Rachtelm.

Demons are threatening once again and the player, as the summoner Rayas, has the task to summon heroes of the past to join the battle. Up to four players can join up for the quest. You have to earn crystals for summoning, energy recovery, etc.

Alchemist Code is a mobile RPG turn-based strategy. The game is developed by Fuji & Gumi Games in collaboration with gg2, Japan. The story follows two brothers and knights, Logi and Dias Crowley, from Envylia. The main goal is to establish a new and peaceful world for their sister Agatha.

When the war threatens, a power of alchemy awakens in them. The game has a job/class system, and each character has a three-set job. As in the gacha system, layers can summon characters and form a team of four members.

Knights Chronicle is RPG battle and strategy with horizontal and vertical playing style. Developed by Netmarble, South Korea. It has a hero collecting and character progression. Also, one of the features is past-life reincarnation.

The storyline takes the player on the planet Garniel. The planet is populated with spirits who are learning about themselves. Goddess Lady Garniel created Lena, the main character. As goddess’s power starts to fade, Lena teams up with the young boy to protect the planet.

Gacha mobile games have appreciators both in China and worldwide. As players know, Chinese technology and online games industry are very advanced.

One of the most popular developers as well as publishers of gacha mobile games is Yostar Ltd. from HongKong. Yostar is the creator of two popular gacha games, Azur Lane and Arknights (released on April 30, 2019).

Mobile games in general and especially gacha games are gaining in popularity. Gacha games are FTP. That is an advantage, no matter of in-app purchase conditions. They are becoming mania all over the world.